Thermal Debate in the Workplace Runs Hot and Cold 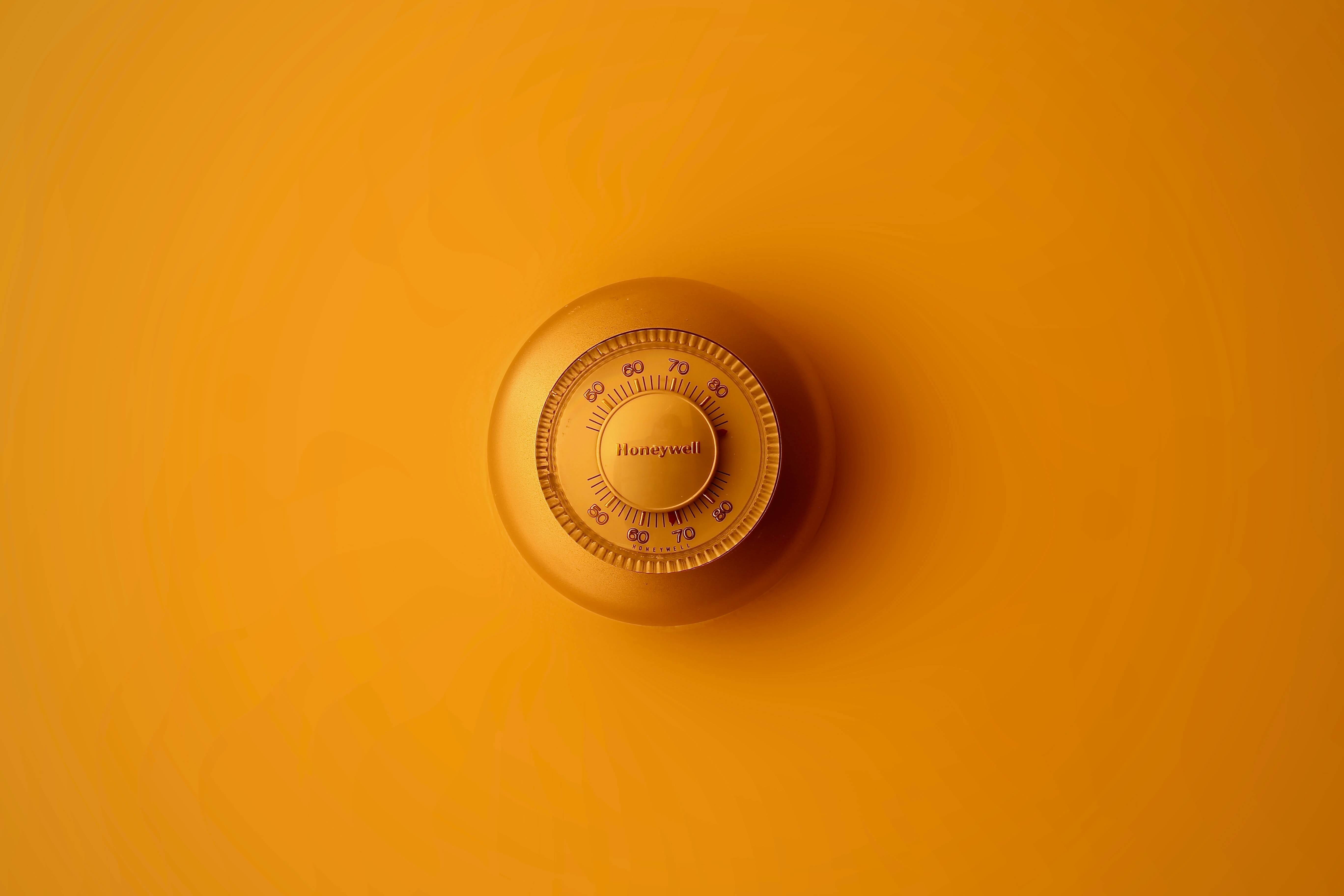 Nina in building operations knows where the treasure is and has the keys to get to it. The plan is for her officemates to set up a distraction so she can slip in and out unseen. When the trap is set, she waits until the coast is clear, scampers to the secret location hidden in the back corner of a supply room, and captures the enemy’s flag: setting the thermostat warmer so she and her fellow female employees don’t freeze in the full blasting air conditioning.

Bob pulls at his tie, getting uncomfortable in his meeting despite his short-sleeved shirt, and as his brow becomes damp, he realizes why: someone monkeyed with the temperature of the building. The moment his meeting is concluded, he rushes to the supply room, and sure enough, it’s warmer than he’d set it that morning as the building’s manager. He doesn’t care if the argument for lowering HVAC expenses gets repeated. If people can’t work comfortably, a few dollars saved on utilities doesn’t make up for lack of productivity when employees are too hot. He pulls out his keys, unlocks the safety case around the device, and lowers it to a comfortable level, hoping when he returns to his desk, his email hasn’t exploded with complaints.

While this is a dramatization, it’s a common office feud, and each side is pretty evenly split by gender. It strains interoffice relationships and has the potential to tank productivity. A few degrees’ swing in either direction, and half the building’s occupants are uncomfortable and lethargic from either being too hot and sweaty, or shivering and wearing layers despite the calendar reading July.  For many offices, it’s the quintessential question: in the mercury wars, who’s right, Team Put On a Sweater, or Team Bring a Personal Fan?

Technically, both sides are right. Office temperature directly affects productivity. A study by CareerBuilder shows more than half of all surveyed employees can’t work as well in a chilly environment. Cornell University conducted research into actual efficiency of employees and found fewer typing errors when the office temp was set at 77F, with an error rate of 10%. With the temperature set to 68F, that rate jumped to 25%. Further research suggests warmer temperatures positively impact feelings of trust and empathy, which encourages interoffice connections.

The new sweet spot for temperature in a gender-balanced office is recommended at 75F, or at least between 72F and 77F.

Women’s body chemistry is different from men’s, and the conventional wisdom of a cooler office (below 70F) being better for employees was born out of the middle of the 20th century, when fewer women were in the workforce. Women’s metabolic rate is lower than men’s, leading to slightly higher percentages of body fat, which makes female office workers more sensitive to cold than men. The ratio of men to women in the office may need to be considered to find the ideal atmosphere in which everyone can comfortably work.

In a study on how men and women performed in math, verbal, and cognitive areas at temps in a range of 61F to 91F, women fared better between 70F and 80F, while men excelled at temps below 70F. However, women were more negatively affected by being cold than the men were by being too warm.

Age plays a role as well. The older a person is (particularly over 55), the more susceptible to temperature we become. Humidity also contributes to perceived temperatures. Colder feels drier, while warmer feels stickier. High humidity is oppressive, but humidity set too low can dry out skin and nasal passages. 40% humidity is considered optimal for year-round comfort.

The new sweet spot for temperature in a gender-balanced office is recommended at 75F, or at least between 72F and 77F.

More than a Number

To many, 75F seems warm, and in the mercury battle, everyone has an opinion, and they’re frequently vocal about it. Men, in particular, may read that the office temp should be 75F and cringe at the idea. There are, however, ways to accommodate those unhappy with the decision over the office temperature. 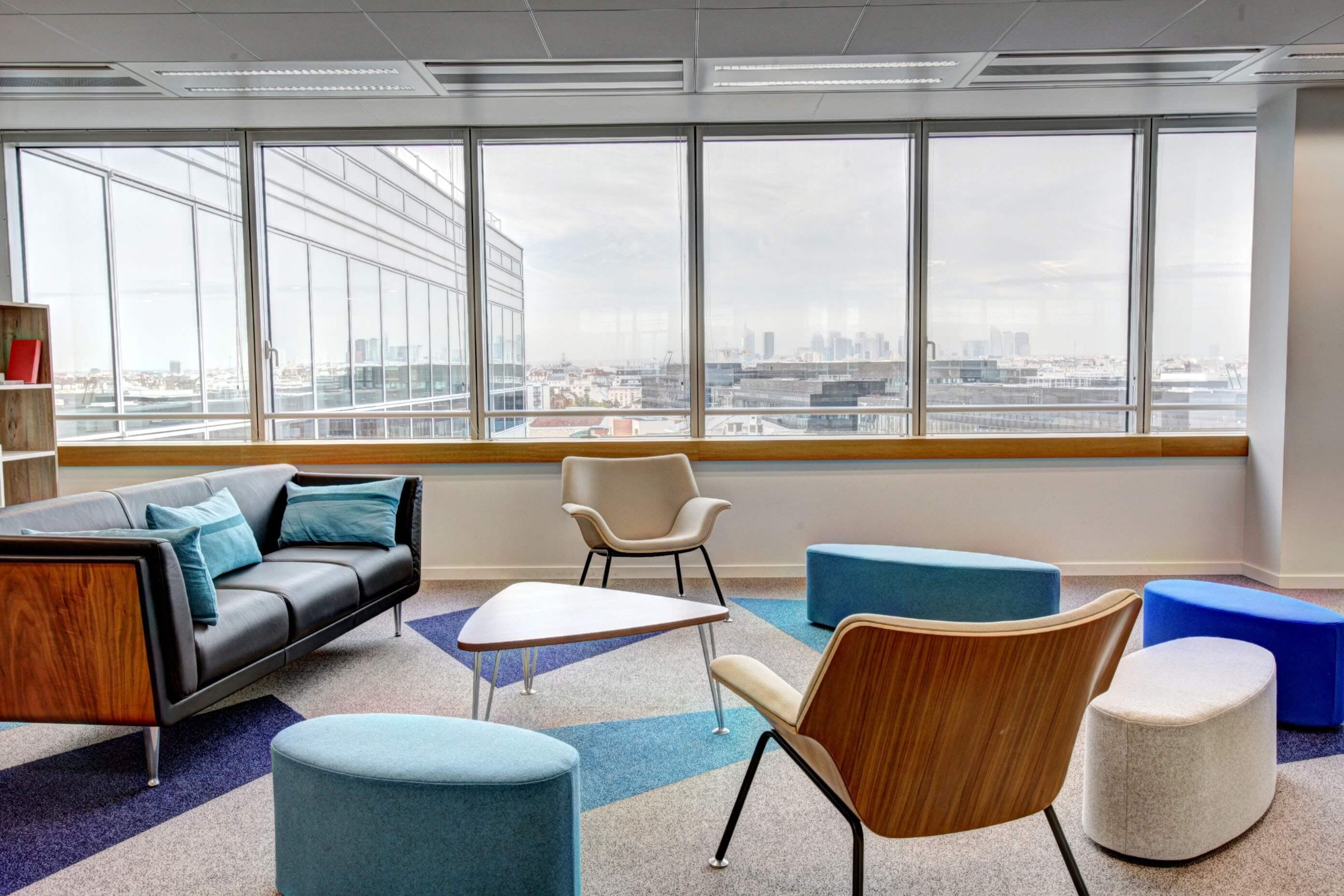 >> Seating matters in your modern office. Make the right impression with your design choices.

What does your office look like? Are there sweeping high ceilings where poor air circulation is an issue? Are there large windows letting in lots of natural light and ambient heat from the sun? Maybe put the employee wearing a sweater and fingerless gloves closer to that heat source and away from the constantly humming AC vent. Save that location for those who prefer to be cooler.

Put your building’s design to good use with strategic seating options and policies that allow employees some freedom in how they handle the office temperature.

How many women are working versus men, and more specifically, do some areas seem to have more women in them than men or vice versa? If you have clusters of employees who feel similarly about temperature, and your policies don’t police where people sit quite so stringently, consider keeping zones of temperature for people to choose which area they’ll work better. This, however, may not be ideal for the long term because, as the science suggests, you could end up with very gender-split working areas, which could definitely lead to additional unrelated problems.

Many offices ban space heaters, but safety for these devices has come a long way. If it’s not a problem for those who prefer cold to bring a small desktop fan, then perhaps allowing space heaters is also fair. If a blanket allowance for small appliances still makes you nervous, perhaps you could provide a list of approved models and only allow those as options. Offer your employees two or three well-researched options in a reasonable price range to maintain some control over which appliances your employees bring in.

Across the business world, office dress codes are moving toward more casual every day. Men required to wear suits to work may appreciate being allowed to wear something a little less formal in a lighter weight fabric to help them deal with a temperature set higher than they’d prefer. Women’s business dress has long had more variety in both style and fabric, so giving men the same freedom could go a long way in eliminating the complaints altogether.

Your employees shouldn’t dread coming into the office if they know they’re going to sweat or shiver all day. Put your building’s design to good use with strategic seating options and policies that allow employees some freedom in how they handle the office temperature. Members of both Team Hot and Team Cold will thank you for it. 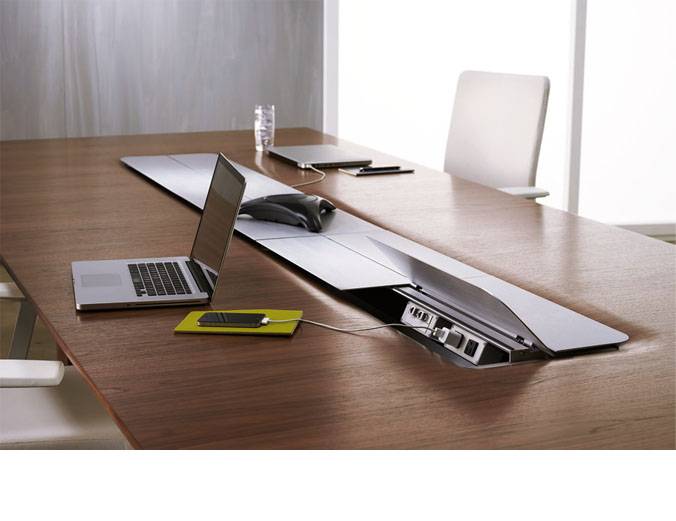 It’s All About the Details 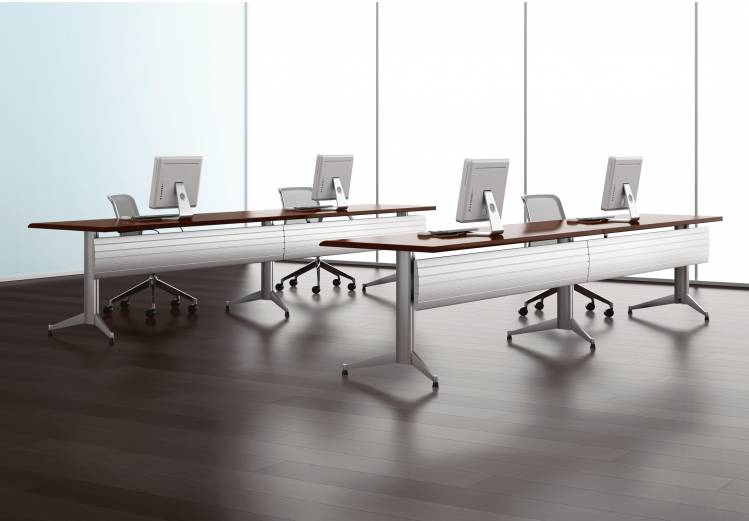 Modern Office Tables: The Foundation of Your Workday 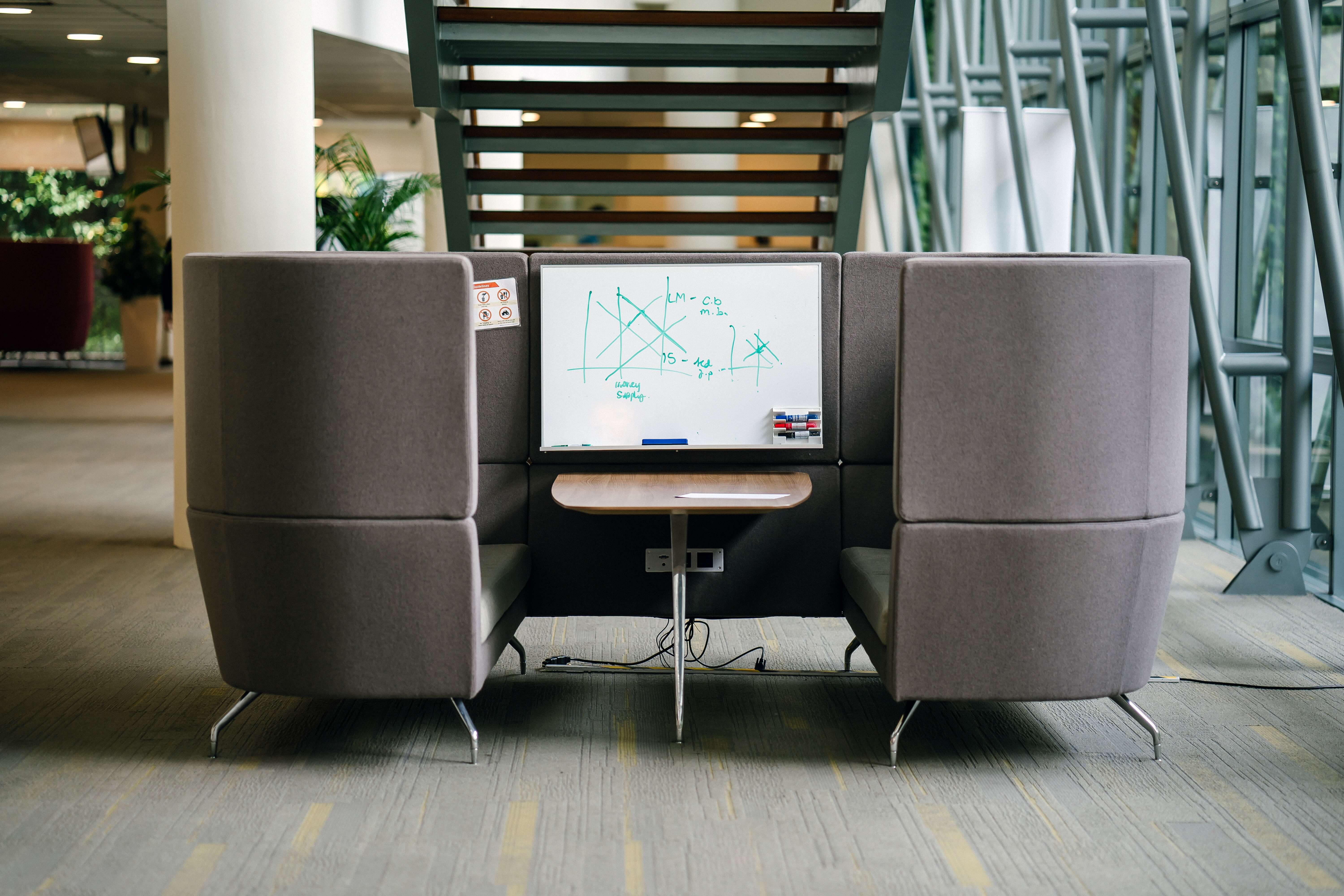