Will Cubicles Disappear in 2017? 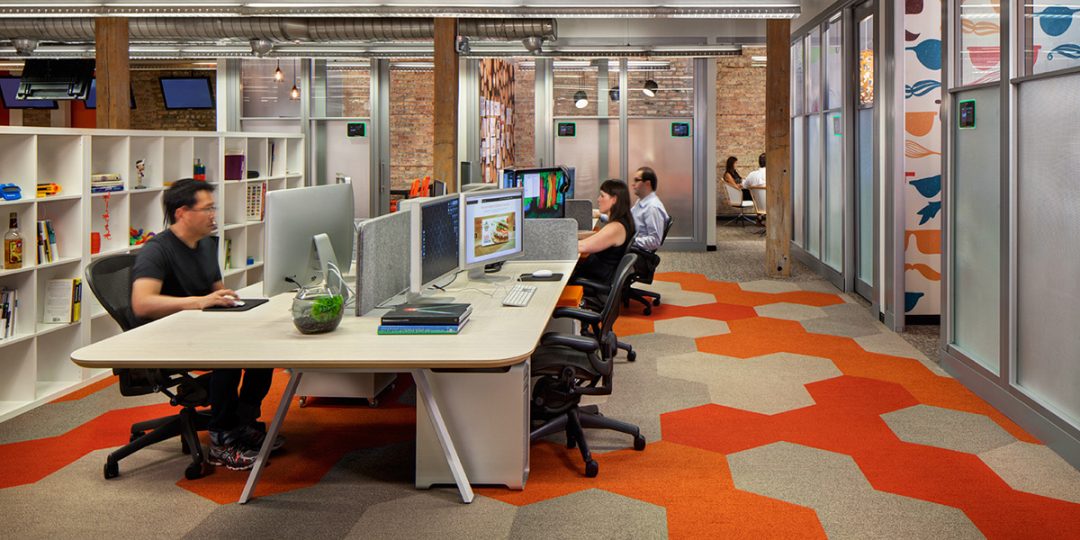 This year marks the first year since the advent of systems furniture that it was difficult to find a cubicle in the Mart at NeoCon. NeoCon is one of the world’s most important tradeshows and conferences that centers on the evolution of commercial design. There is speculation that this signals the end of the cubicle, which could be obsolete by the end of 2017. But don’t be fooled. The office cubicle has not yet disappeared.

When you think about it, cubicles have only been a part of the commercial office for a relatively short period of a few decades. The first inception of what would become today’s contemporary cubicle was invented by an art professor in 1964 who designed what he called “Action Offices:” spaces that felt private and allowed for greater productivity.

This concept and layout has become an easily-recognizable symbol of the modern busy American dream: pursuing a secure financial life in a secure company with a secure salary and dedicated office space as defined by a desk, moveable walls and an office chair. 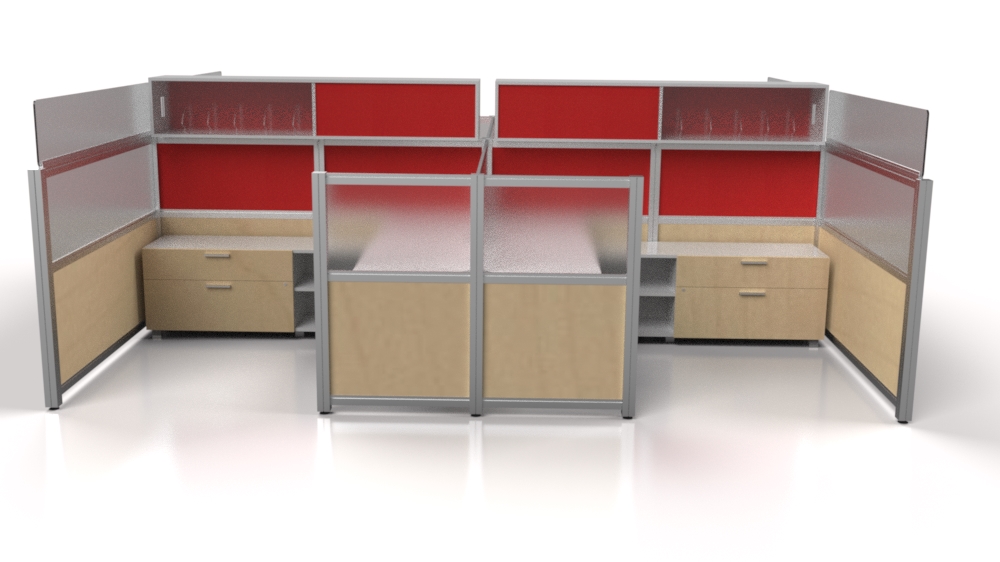 Some thought leaders are declaring the cubicle dead, long live the cubicle. However, the concept of this modern office furniture is so deeply ingrained in SMBs and corporations that it won’t disappear overnight and certainly not within the next year. Like any commercial furniture trend, we’re simply seeing the rise of early adopters seeking an alternative to the “cubicle” as we know it. 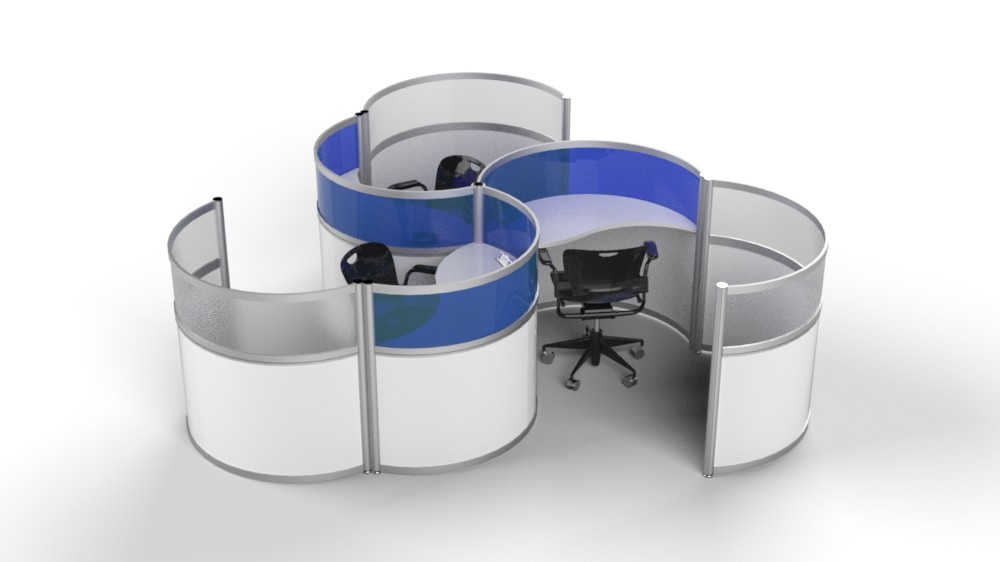 The concept of “cubicle” is evolving.

Cubicles, workstations and modular office furniture have changed shape over the years: from giant grids to small four-square groups to rounded wall shells and long one-direction facing workstations. They are also beginning to take up less percentage of floor space in order to accommodate what was once considered to be “ancillary furnishings.” This is partly due to the way the economy is changing. The way we think about the employee has evolved. We no longer have just the category of full-time and part-time on-site employees, but a growing sea of contractors, freelancers, specialists, and commuter workforces. This new pool of staff members have specific work environment needs for heightened productivity but  less dedicated desk space. 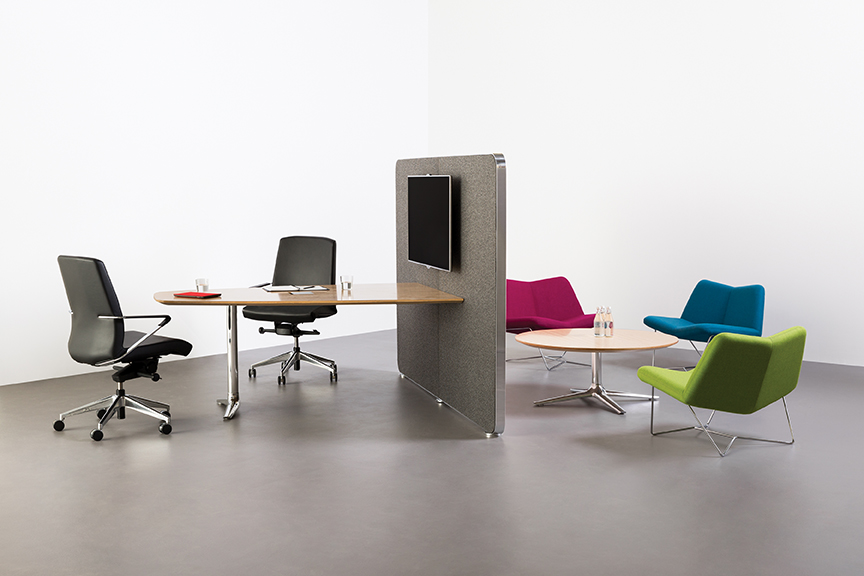 As an independent dealer and full-service design firm, we get to curate our collections and pick the best of the best of emerging commercial furniture, separating the trendy from the true quality. Modern offices are now outfitted with more acoustic and collaborative furniture that is placed strategically among cubicles and modular workstations. In some cases, companies will dedicate entire floors or sections to collaborative and acoustic furniture as it becomes more popular for small team meetings, virtual conferences, brainstorming sessions, and hackathons.

We may even see a swing back toward the cubicle as the new “private” and quiet work cube, as more employees flock toward collaborative and acoustic spaces within the company’s headquarters. Whatever the case, we expect to see the traditional grid layout of a cubicle sea broken into islands of dynamic furniture–acoustic meeting pods, collaboration tables, video conference lounges, mini conference areas–made for employees’ unique needs. The piece will fit the person, not the other way around.

Fall Color and Design Trends in 2014 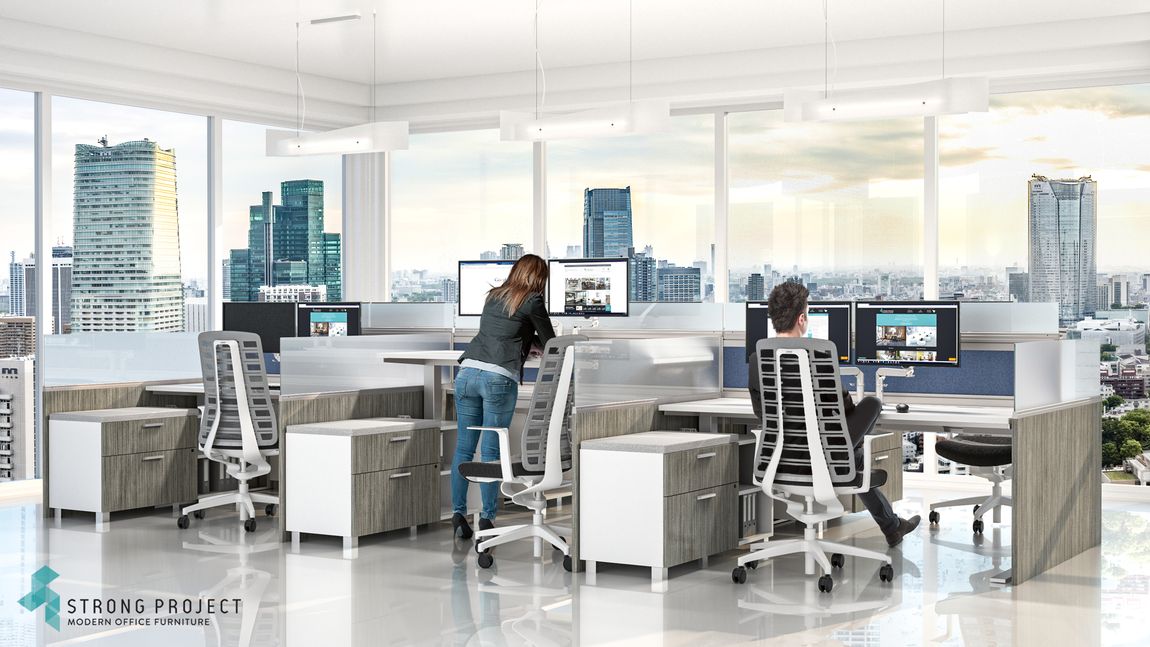 Will A Global Pandemic Finally Kill the Open Office? 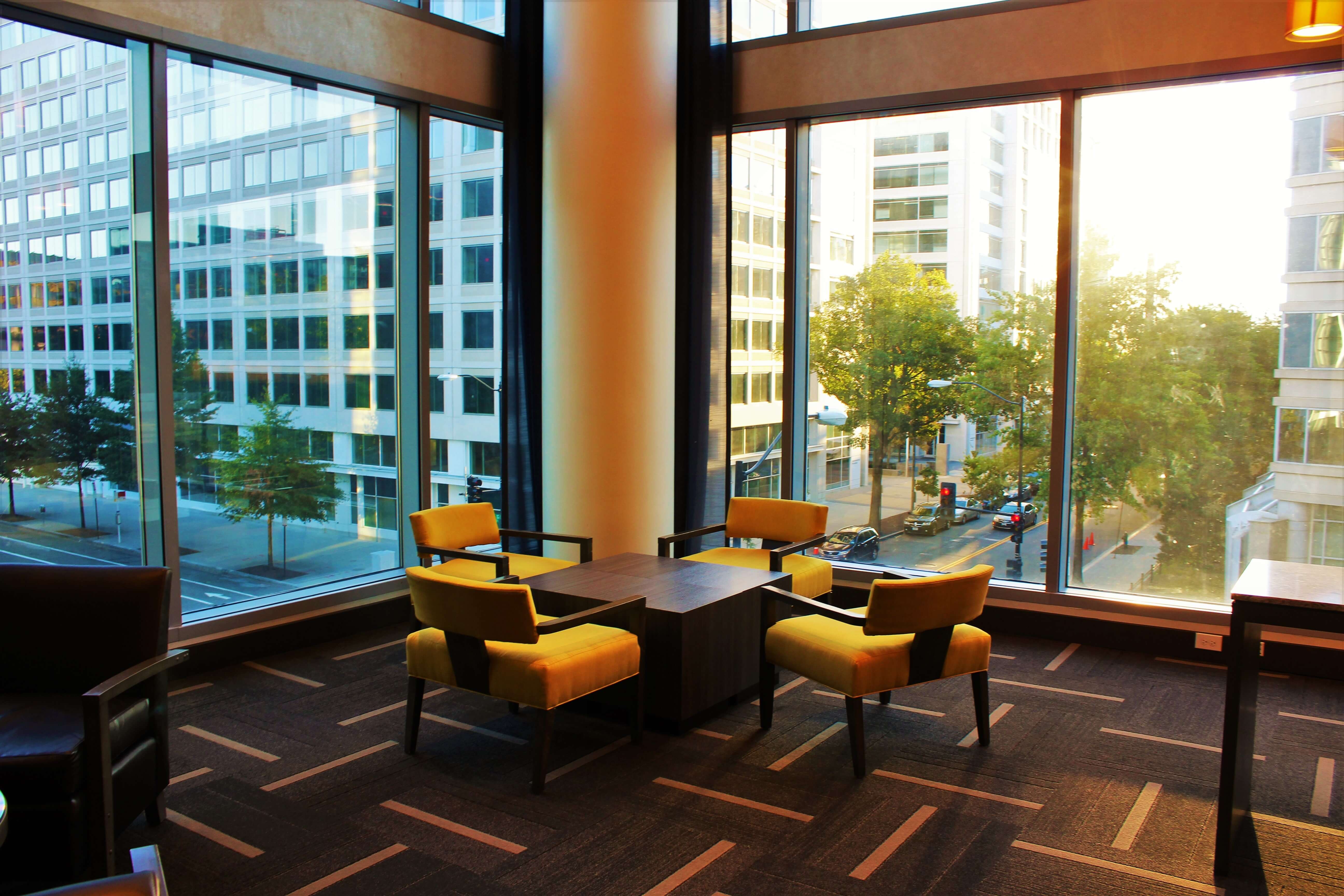